“It is an awesome thing to comprehend the magnitude of the fact that what a human being dreams and imagines can be realized. The power of that truth needs to be directed toward our creation of a future
that is worthy of true human value and the world civilization.”
~ Vanna Bonta

For some years I have wanted to begin synthesizing the years of material I’ve gathered on approaches to Digital Citizenship. Believe me, I’ve a lot of resources fattening up my Diigo site and Google Drive.

To start I had to erase the whole notion of being a ‘citizen.’ I mean, what ten-year old kid wants to be a ‘good citizen’?  The whole concept of citizenship addressed in most of the resources tends to be about averting problems, establishing polite norms and generally homogenising young people’s online lives so that they fit nicely within safe, controlled and regulated boundaries.  What kids want is something altogether less anodyne – they are generally aware of the problems but its the possibilities that excite them. They want to be powerful and creative. They want to belong but also to be increasingly independent. They seek to connect and explore by themselves or with others of like minds. True, they want to be safe from harm, but not safe from the experience of an online life that includes solving problems.  Basically they want to be awe-some, not the-same.

How do I know this? What report did I get this from? Did I read danah boyd’s book ‘It’s Complicated.“? Well, I just ask them. Most days. ‘What do you want from life?’ is a question to ask kids often, even if they don’t answer. Often I just watch the kids creating in Minecraft and see just how much they revel in being not what school says they should be.

I also asked my ten year old self who, in his infinite wisdom, wanted to be Spider-Man. Despite his superhero status, Peter Parker was not a good normal citizen. Back in the 1970s he had radioactive blood, drove a lurid beach buggy around Manhattan, looked better in tights than I did then (and for that matter, do now) and did ‘whatever a spider can‘. But Spider-Man helped people without conforming to someone else’s idea of how to do it. That’s my ideal of a good citizen.

The challenge for educators is now does one honour the wishes of the young as well as uphold the requirements of curriculum and legislation. Hence, a reinvention of Digital Citizenship as a new area of curriculum that I call iMagineering.

What follows is an outline written for young people as an introduction to an online course called iMagineers – Creating Digital Futures, part of a series blending resources and bringing new ideas into the mix. Going beyond conforming, an iMagineer creates, imagines, solves problems and knows who they are.

Thanks to Wolfberry at Deviant Art for the wonderful images.

What is an iMagineer?

The name of this online course  comes to us by playing with words. Think about the word ‘iMagineer’, what does it conjure up for you? Go on, think about it before you automatically scroll down. Take some time to reflect on the word.

Here are some thoughts about the name iMagineer below. Once you’ve had a good think about it, scroll down. 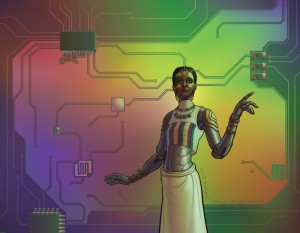 An iMagineer is an engineer

An Engineer is someone who designs and makes things. Dictionary.com defines an engineer as ‘a person trained and skilled in the design, construction, and use of engines or machines, or in any of various branches of engineering’

Engineers usually have a lot of training and have excellent practical skills that they can use to solve problems, create inventions and make life easier or safer for other people. There have been many successful male and female engineers who have made our lives better. 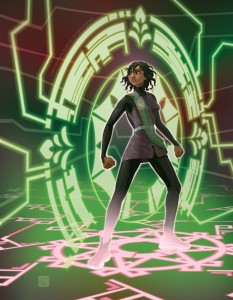 Guardian of the Gate by Wolfberry

An iMagineer is a Mage

A Mage is another name for a magician (can you see a bit of the word mage in magician?) or sorcerer or wizard or enchanter or enchantress. These are men or women who use magic to make change in the world.

The word mage is an old one that comes to us from the Latin word magus. A Mage weilds great power and, like an engineer, needs to undergo a lot of training so they get their spells just right. Sometimes magicians go ‘bad’ and do terrible things. Sometimes they use their powers for good and help people.

If you were a mage, would you use your powers to help people or to hurt them? 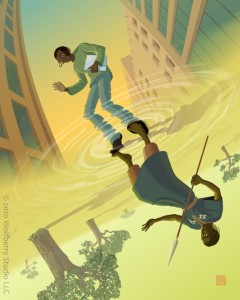 Then and Now by Wolfberry

An iMagineer is an Image maker

An image is harder to explain. An image is a likeness of a person, place or thing. It has the appearance of something or someone but is not actually that thing or person. An image represents something. A photograph of you at Disneyland is neither actually you or is it Disneyland (that would be silly!) but it does represent the fact that you went there and (hopefully) had an awesome time.

Even words are images. Think about it. The word DOG is not actually a dog, is it? If you say the word even the sound of the word is not the same as the letters DEE OH GEE. The letters are images that represent three separate sounds ‘duh oh guh’. But even those sounds are not what a dog is, are they?

Let’s get back to images and the internet. An image is often used to represent us on the internet. This is usually called an Avatar or an Icon. (More on Avatars in a later sesh.) This picture or GIF is not you, though it may look a bit like you. It is not you, but it is you as far as others are concerned. The image you present to the world on the internet says a lot about you and your interests.

What do your avatars say about you? 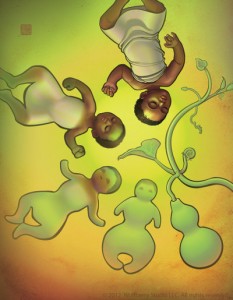 An iMagineer is a person first and foremost

That minecraft toon or animate GIF you see online represents a living breathing person who wants to be liked, wants to be creative, wants to connect, has good days and bad days. Sometimes they are at their best. Sometimes they are at their worst. But regardless of what they type on their keyboard and send off into cyberspace, that person is a person with feelings. They are growing up, shaping their character a bit like how a character earns experience points in games. Every little action helps shape our character. They are learning, like you, how to create their identity. They are levelling up in life.

When we put ‘i’ at the front of the word like you see in iTunes and iPad and iPod we are not saying that we all have to like Apple products or copy them. Instead we are using a small ‘i’ a the front of the word to mean that an iMagineer is a person first – a being with feelings, dreams, desires, plans etc like you, even if the details are different. If you think about someone online as being a person not just a pixels, you can begin to imagine a better way to act towards them. We are all people first before we are an engineer or a mage or even an image. 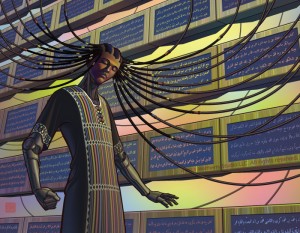 This might seem obvious to you, but imagination is an essential skill for an imagineer. Now, whilst it can be a lot of fun to imagine fluffy pink unicorns dancing on rainbows, other than making us all laugh and feel warm and fuzzy ( good things in themselves, mind you) this kind of imagination does not really help us solve problems and create a better future for ourselves and others.

The kind of imagination an iMagineer uses is a kind of superpower that looks a lot like daydreaming. In using this power iMagineers bring into their minds and hearts a possible future or a solution to a problem. They make it up. It may not work. It may not even be right, but they let it exist just in the mind for a time. This special kind of imagination needs an attitude that says, ‘We can solve this. Nothing is impossible right now in this moment.’

An imagineer is someone who, at least for a time, imagines a place online where we are all about to use our skills well, encourage others to be the best they can be and we always stay true to what is the best in us. Imagineers imagine ways to stop bullies online and offline and provide support to all involved.

iMagineers are prepared for problems because they have imagined them and also imagined possible solutions. (For the record, these solitions might involve fluffy pink unicorns dancing on rainbows.)

Imagineers do not allow unnecessary fear, anxiety, Common Core standards or ICT General Capabilities to stop them exploring and imagining. The greatest enemy to imagination is a ‘YES BUT…’ attitude. Imagineers thrive in a ‘YES AND…’ environment where nothing is blocked – a least at the beginning.

Your thoughts on iMagineering?